Difference between revisions of "Multi Color LED (use with mDesigner)" 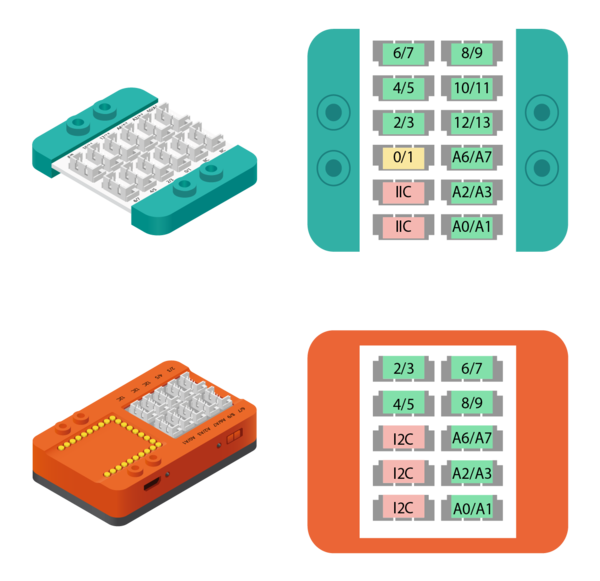 When using the blocks below, the target ColorLED is the one to modify or interact with. A ColorLED attached to a project is addressed by the pin number and the index.