Live mode is the default mode when using mDesigner. It allows the user to use mDesigner as if it was Scratch, but with the ability to use Microduino modules. The user must upload a special firmware on the Core / Core+ module first in order to use this mode. A firmware is code that runs on the core module itself. This special firmware is designed to accept commands from mDesigner directly and performs the requested commands.

Live mode also supports all of Scratch 3.0's default blocks which includes those that control the actor, stage and many more. 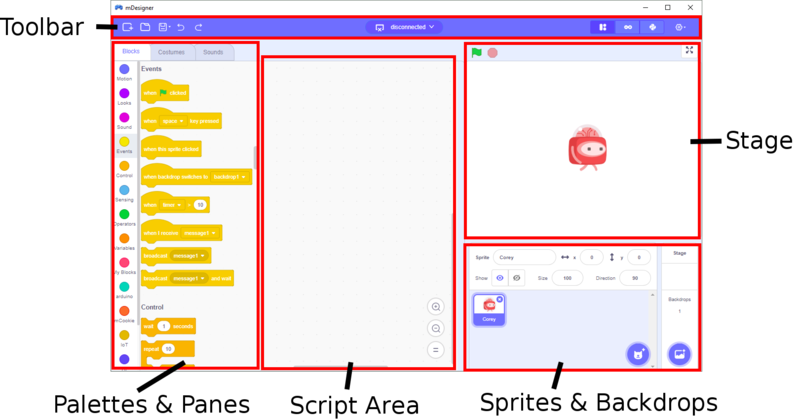 The Tool Bar in mDesigner provides many useful functions and configuration options.

mDesigner (based on Scratch) can be though as a school play. The Stage is where the viewer sees the play. Sprites can be thought as actors or characters in a play. The Backdrop is the background. Together they make the Stage. Below is a quick overview.

The Stage includes Sprite(s) and a Backdrop.

This section allow selecting, editing, or creating sprites and backdrops. Selecting a sprite or backdrop is done by clicking on it from this section. Below is a quick overview.

This section of the interfere contains the Sprite Pane, Costume Pane / Backdrop Pane, and Sound Pane. Switch between the panes by clicking on the appropriate tabs.

The Script pane contains the tools needed to make sprites and backdrops to do things. A Script can be thought of as the instruction your sprite or backdrop follows. Similiar to a school plays' script which instructs the actor what to do.

The communication between mDesigner running on a computer and the project (hardware) is outlined below.

In this mode, to control the modules, the user will need to have their project (hardware) connected to the computer sending commands in real time.

A firmware is a program that runs on core modules such as the Core and Core+. Live mode requires a special firmware to be uploaded prior to use. 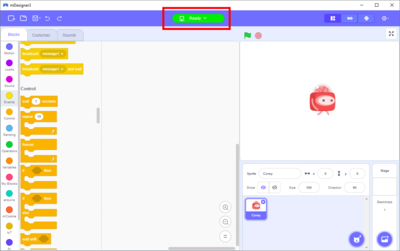 Once your script is assembled and ready. To start your script simply click on the block set to activate it. (A block set is a connected set of blocks.)
If your block set has a When Green Flag Clicked block on top of it, then the block set can be activated by the green flag on the top right of mDesigner. 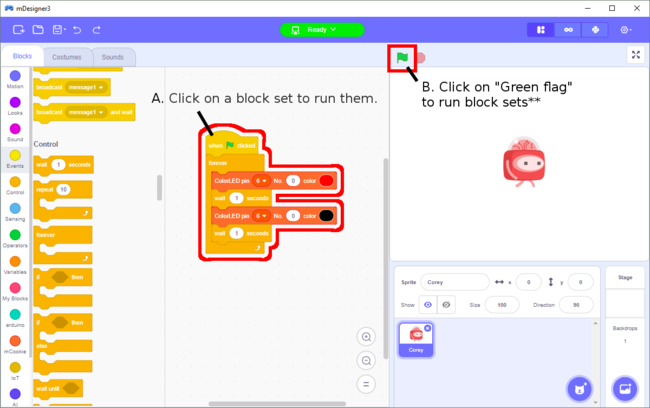 To stop all currently running blocks, click on the Stop Sign on the top right of mDesigner. 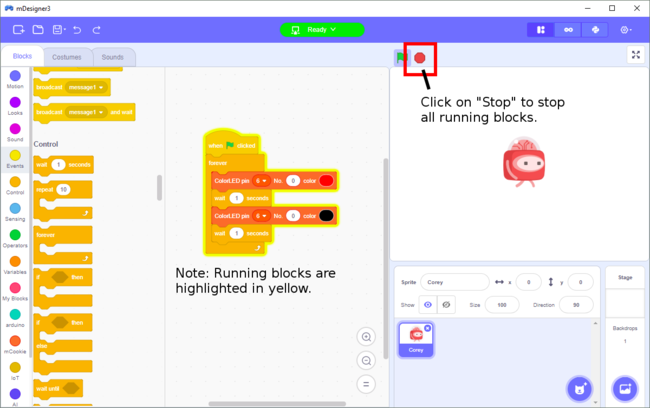